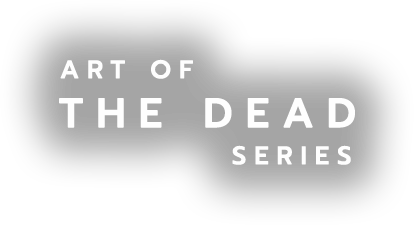 When artist Kira McGovern mixes paints with the ashes of the dead, she discovers her extraordinary gift, but it also leads her to some horrifying crimes in this psychological thriller of a novel. 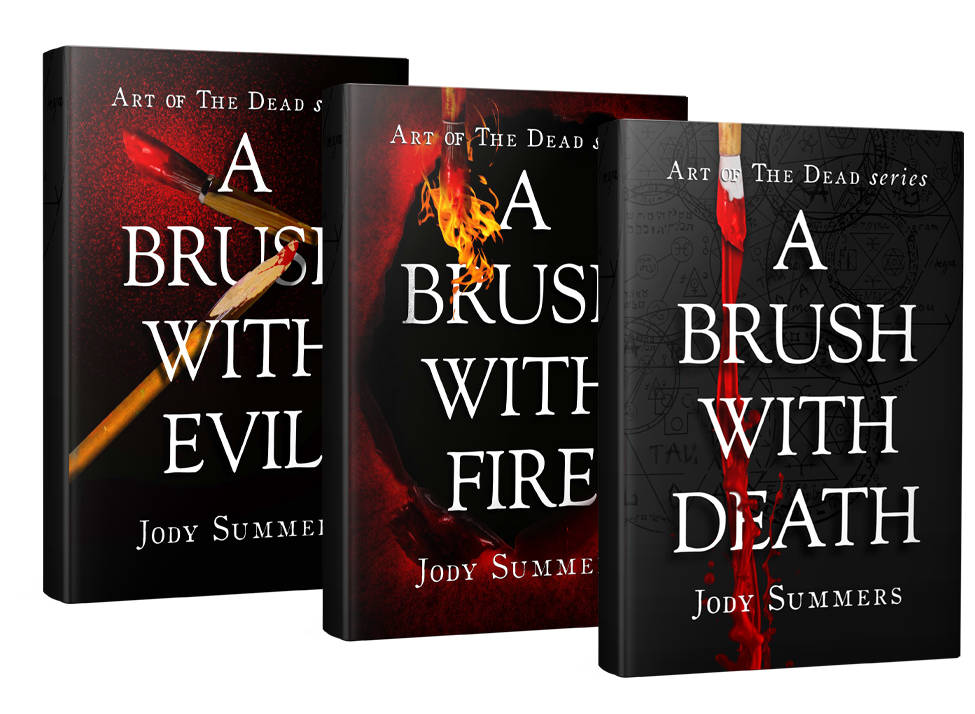 Park by the French Quarter photo taken by Jody Summers 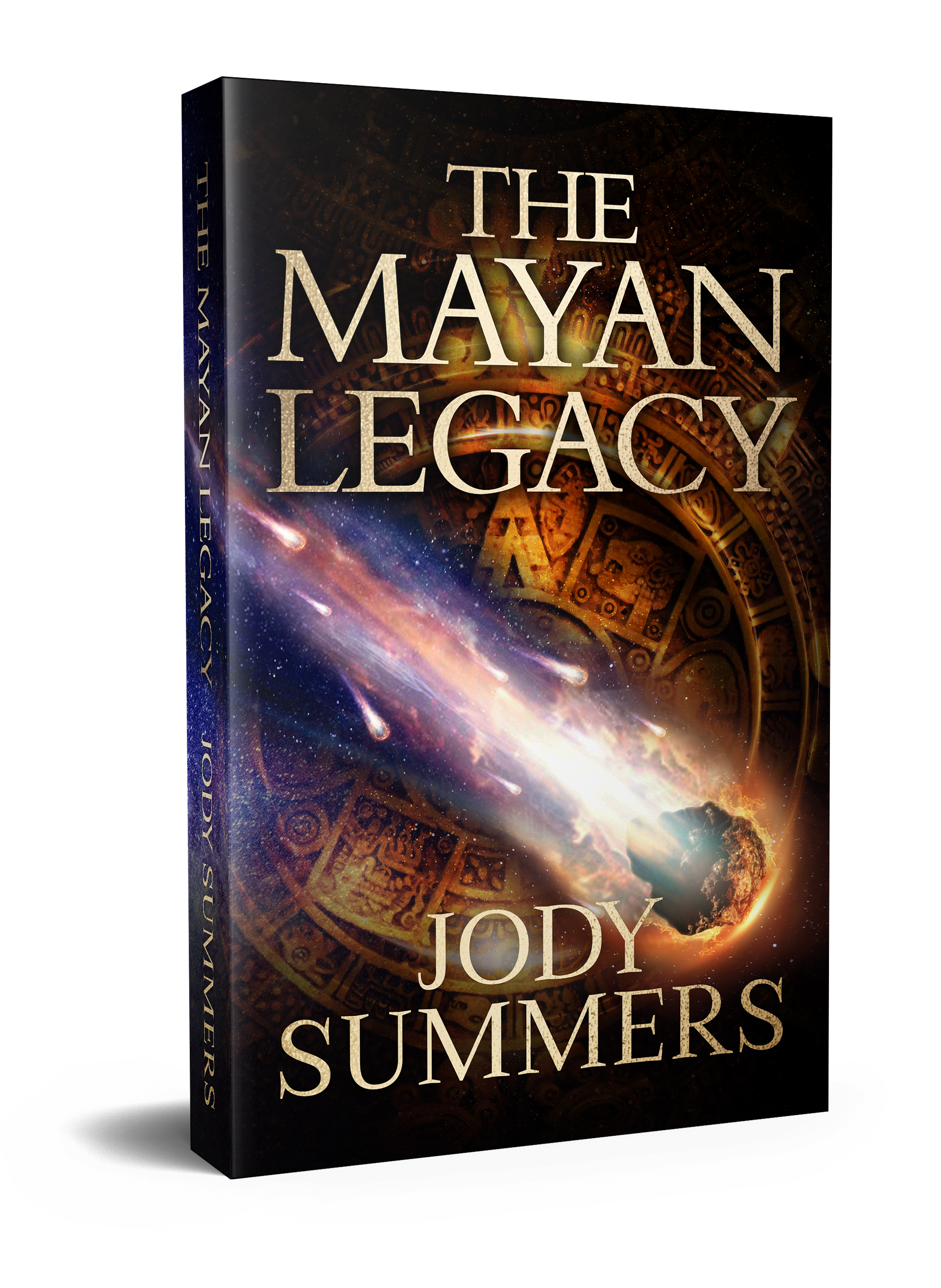 The Mayan Calendar ended its cycle in 2012 and the world breathed a sigh of relief. Nothing happened. Or did it? Jeremy is an adrenaline junky who just made a serious mistake. It nearly killed him. While being drug under water with a parachute line around his neck, he saw his life pass before his eyes…plus something else, something not part of his life. Something he dismisses until he begins to suspect its true importance. Now he has to see it again–maybe to save the world. But how do you have a near-death experience intentionally? Jeremy scrambles to solve this puzzle while the world scrambles to solve its own near death experience. Timing is everything.

Born in New Orleans Jody Summers’ life has been filled with unconventionality. The adopted son of a prominent Texas restaurateur, Jody grew up in New Orleans, Memphis, and then Houston, learning the restaurant business while he built a career as a competitive gymnast that propelled him to a scholarship at the University of Kansas. After college, Jody followed in his father’s footsteps owning, at one point, three 24 hour restaurant franchises along with four tanning salons in Tulsa

Will Work For Reviews, Why Authors Need Your Feedback

When I began writing books years ago, I thought the hardest thing to do would be to get people to read them. Even friends and family were excited when I completed my first book, but were slow to actually read it. I understood, everyone is busy and reading isn’t something everyone makes time for these …

Will Work For Reviews, Why Authors Need Your Feedback Read More »

How To Get Books For Free

Who doesn’t love free stuff? While most books aren’t expensive, if you are an avid reader the cost can get up there. It’s always nice to get a discount but free is certainly something we can all appreciate. Whether it’s paperback, hardcover or on tablets and phones, there are so many chances throughout the day …

How To Get Books For Free Read More »

Starting Your Own Online Book Club Or Group

Have a book or a series that you love reading? What about a specific author you love to follow? Readers get attached to books, or stories that they can follow, characters they can connect with and want to talk about with others who feel as passionate about it as they do. If you follow an …

Starting Your Own Online Book Club Or Group Read More »

How To Make More Time For Reading

We all wish we had more time to do stuff we love. We want to spend more time at the park or beach on weekends, but Saturday comes and we have errands to run, a house to clean and other responsibilities we need to take care of. We always say that next year things will …

How To Make More Time For Reading Read More »

How To Research For A Book

Writing a book is a fun experience. However, people sometimes forget the amount of work that goes into it. You have some characters, a story line and how to get from point A to point B. However, that’s not enough as you need to fill the story in with details and facts. This is where …

How To Research For A Book Read More »

I don’t care if you’re writing a book, a blog or an email, writers block is real and it’s something that everyone goes through. I think writers block is worse now because we have so many distractions in our lives. Every time I try to sit down and write it seems like I have a …

Why Writing A Series Is The Way To Go

To be clear, if you have an idea for a single book that you are passionate about, then write it. Don’t worry about stretching it out into a series if it doesn’t work. Put your best work out there because that’s the only way you will ever know if you can build up an audience …

Why Writing A Series Is The Way To Go Read More »

Writing In The Digital Age

If there’s one thing everyone can agree on about the digital age, it’s that it allows us to get information faster than ever. Whether that’s good or bad is up for debate but it certainly has its pros and cons. If you are trying to become a professional writer the good news is that you …

Why Every Writer Should Have A Blog

One of the biggest challenges I faced when I got started as a writer was understanding the advantages that different tools gave me. For example, I wasn’t a big fan of social media but when I saw the way readers were interacting with me, I knew it was a platform I needed to be on. …

Why Every Writer Should Have A Blog Read More »

One of the mistakes I made when my first book was published was that I focused too much on the masses. I wanted millions of people to see my work and because I focused on the many, I left myself little time for the few. It seems like a simple mistake but it’s one that …